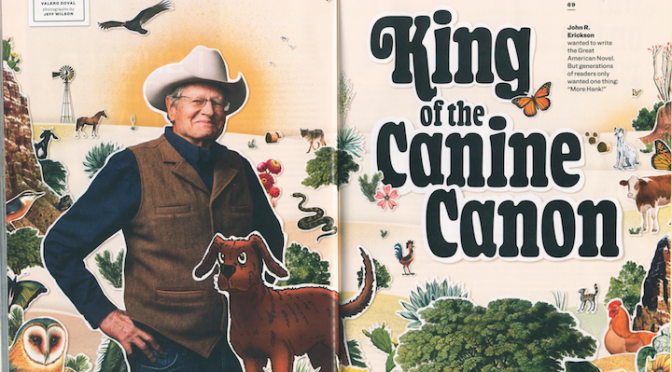 Back in March (2021) Texas Monthly published a feature article about John R. Erickson, the creator and ongoing author of Hank the Cowdog. Almost any schoolkid can tell you that Hank is the head of ranch security and Drover has a pain in his leg. But there is more to Hank’s (and Erickson’s) story. Much more.

END_OF_DOCUMENT_TOKEN_TO_BE_REPLACED 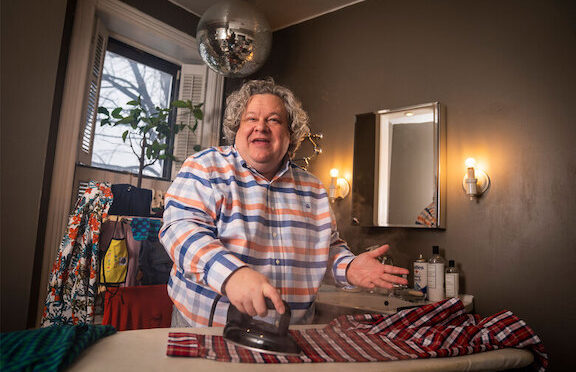 My grandmother used to say “Nobody likes to do laundry, but everybody likes clean clothes.” I remember helping her wash and hang laundry when I stayed with them. These are just two reasons I loved Patric Richardson’s book Laundry Love (written with Karin B. Miller).

END_OF_DOCUMENT_TOKEN_TO_BE_REPLACED 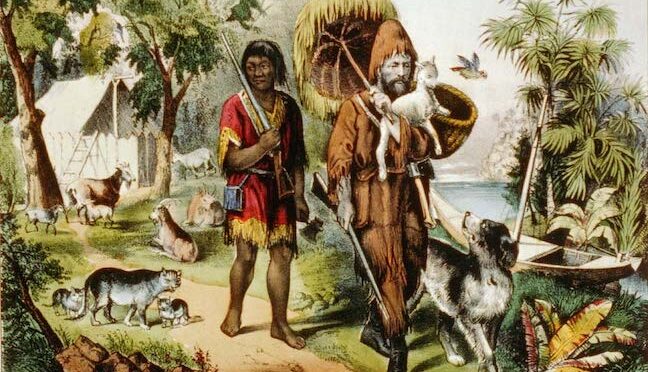 Two weeks ago, I unplugged. It wasn’t just zoom fatigue or general email nuisances but just an utter and complete doneness with screens. I also wanted to take stock of the amount of time I was wasting on social media too and the best way to break it is cold turkey. I took the social media apps off my phone, I took my email apps off my phone, and I took a week off of work.

END_OF_DOCUMENT_TOKEN_TO_BE_REPLACED 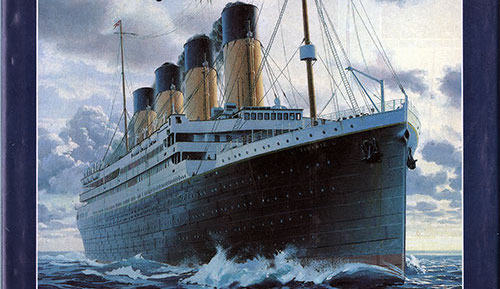 “The legendary explorer of the Titanic shares inside stories of danger, suspense, and discovery–plus previously untold stories about his own dyslexia and how it has shaped his life.

Best known for finding the doomed ship Titanic, celebrated adventurer Robert Ballard has a lifetime of stories about exploring the ocean depths. Now he gets personal, telling the stories behind his most exciting discoveries―including how a top-secret naval mission provided the opportunity for his Titanic discovery―and opens up about his private tragedies.

He frankly recounts the struggles he has worked through, rising to prominence as a scientist whose celebrity drew academic scorn. And he reveals the triumph and agony in the years after his Titanic find: While media around the world clamored for interviews, he grappled with the death of his 20-year-old son and the collapse of his marriage amid academic and military career demands. Finally, he addresses his late-in-life discovery of his own dyslexia, which he now sees as a gift that has shaped his life and accomplishments.

Twice a New York Times best-selling author, here Ballard partners with investigative reporter and bestselling author Christopher Drew to tell the dramatic and often surprising stories behind his newsworthy discoveries. Timed to appear as the National Geographic Channel airs a special documentary about Ballard’s explorations, Into the Deep will intrigue adventure lovers young and old.

Brilliant, insightful, and surprising, Into the Deep is the definitive story of the dangers and discoveries, conflicts and triumphs that have shaped the remarkable life of an American hero.” 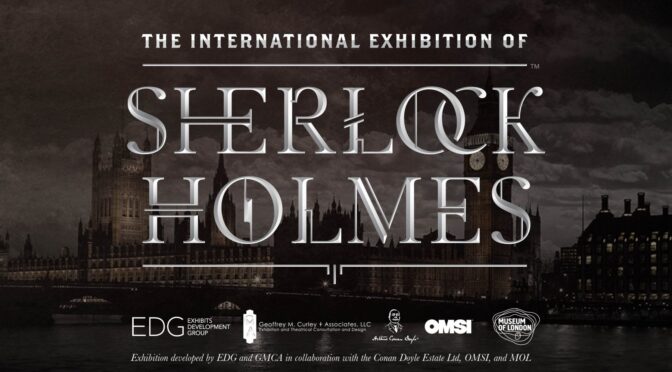 Sherlock Homes – The Exhibition recently opened at the Science Museum Oklahoma. A few days before the public opening I was invited to a pre-opening event and got to run through the exhibit with an exhibits colleague from the Sam Noble Museum of Natural History. It’s a wonderful little exhibit with an added interactive component that puts a notebook in guests’ hands and puts them on the case. You then move through the exhibit learning about botany, ballistics, blood-spatter, and even things that aren’t alliterative.

END_OF_DOCUMENT_TOKEN_TO_BE_REPLACED 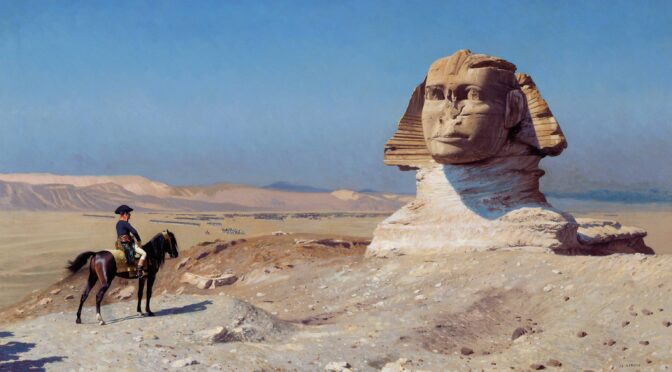 This is a test run for something I want to try for smaller, more frequent posts. These will include new things I find, old things I am reminded of or other interesting bits and bobs of the internet.

They’ll go up on the latest posts first then I’ll move them around to their proper headings as links. I should have been doing this forever. But, you live, you learn. I have a longer post planned on Jean-Léon Gérôme now that I am back into the writing game, but his 1886 painting, also called Oedipus will suffice as a start.

Some time back WP convulsed and died. This wouldn’t have been bad if the backup services I was paying for had saved everything.  My page was thrown back to maintenance mode when I moved over to an external hosting system in 2017.  I was absolutely sick over losing all that completely irrelevant stuff.  And internet Archive which has been diligently crawling my site had failed to catch anything for the entire year of 2020.

END_OF_DOCUMENT_TOKEN_TO_BE_REPLACED

My son recently turned two. He also recently became incredibly interested in all things mummy. This could be from the six-feet-tall Tut sarcophagus bookshelf we have or it could be from one of the shows that we’ve watched. Anyone who has children will tell you that if the like something you get to partake of it over and over again. Luckily, there are a few outlets for mummy content across the shows we’ve been watching. It’s an interesting list if for nothing else than to think about how solidly Egyptology and Mummies’ Curses are engrained into our popular culture. END_OF_DOCUMENT_TOKEN_TO_BE_REPLACED

After putting together and talking about the post on made for TV movies, I was talking to my grandfather (Papaw) about them. I call him every Sunday and have for nearly the entire time I haven’t been living in the same town.  We lived on a dirt road in Texas and my grandparents’ house was at the end, we were about halfway down, hayfields, gardens, horses, cows, bees, emus at one time, all in between. He couldn’t remember watching The Spring, though he did say that was twenty years ago and he was starting to get old. He turned 89 this past May 4th.

We then started talking about the westerns that came on television during the same span of time. Many of those we watched together, too. Through the conversation he listed a few he could remember and I added to them and had to take to the computer to find the title of one neither of us could remember but knew several key plot points–more on that one later. As I was making the list with him, there were a couple that were also part of an evening’s entertainment at my other grandparents’ house across town, which may be what these posts have actually been about.

END_OF_DOCUMENT_TOKEN_TO_BE_REPLACED

Do they give awards for trailer editing? This one was done really well, it revealed nothing, didn’t give all the best parts, and even kept some things unknown. At least the first one did, I didn’t see the official second trailer until I was putting together media for this post.