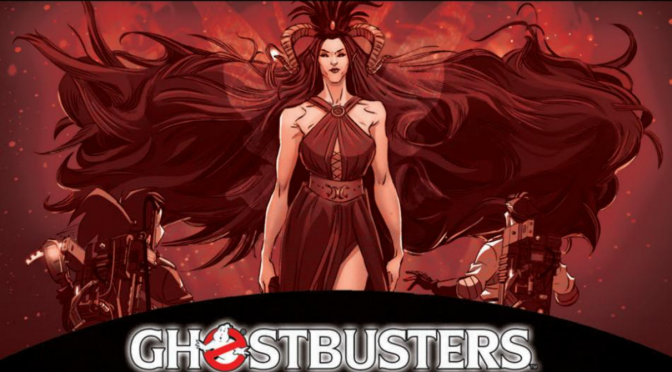 There are countless instances of Irish heritage showing up in popular culture one way or another. They range in seriousness from say the clan wars in Gangs of New York to a box of marshmallow cereal. I think that there are two reasons that The Real Ghostbusters cartoon series drug so much out Irish lore: 1) They live in New York City and B) There is a lot of it. Below is just a running list of things–episodes and issues–that can make your St. Patrick’s Day a little more Ghostbuster-y. Currently (as of 3.17.18 The Real Ghostbusters is streaming on Netflix and The Extreme Ghostbusters are on HULU)

The Bird if Kilarby is a less common than your usual Irish faire, but a haunted Irish Castle that was “brought over stone by stone” and reconstructed in a lake in the park complete with pipes, drums, and 800+ ghosts is a great place to start. 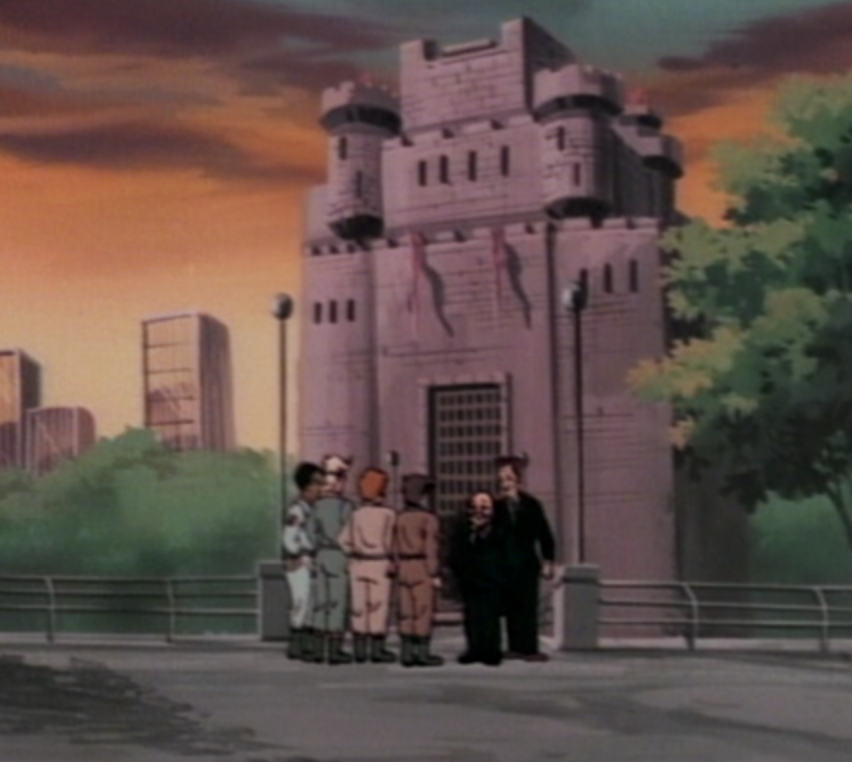 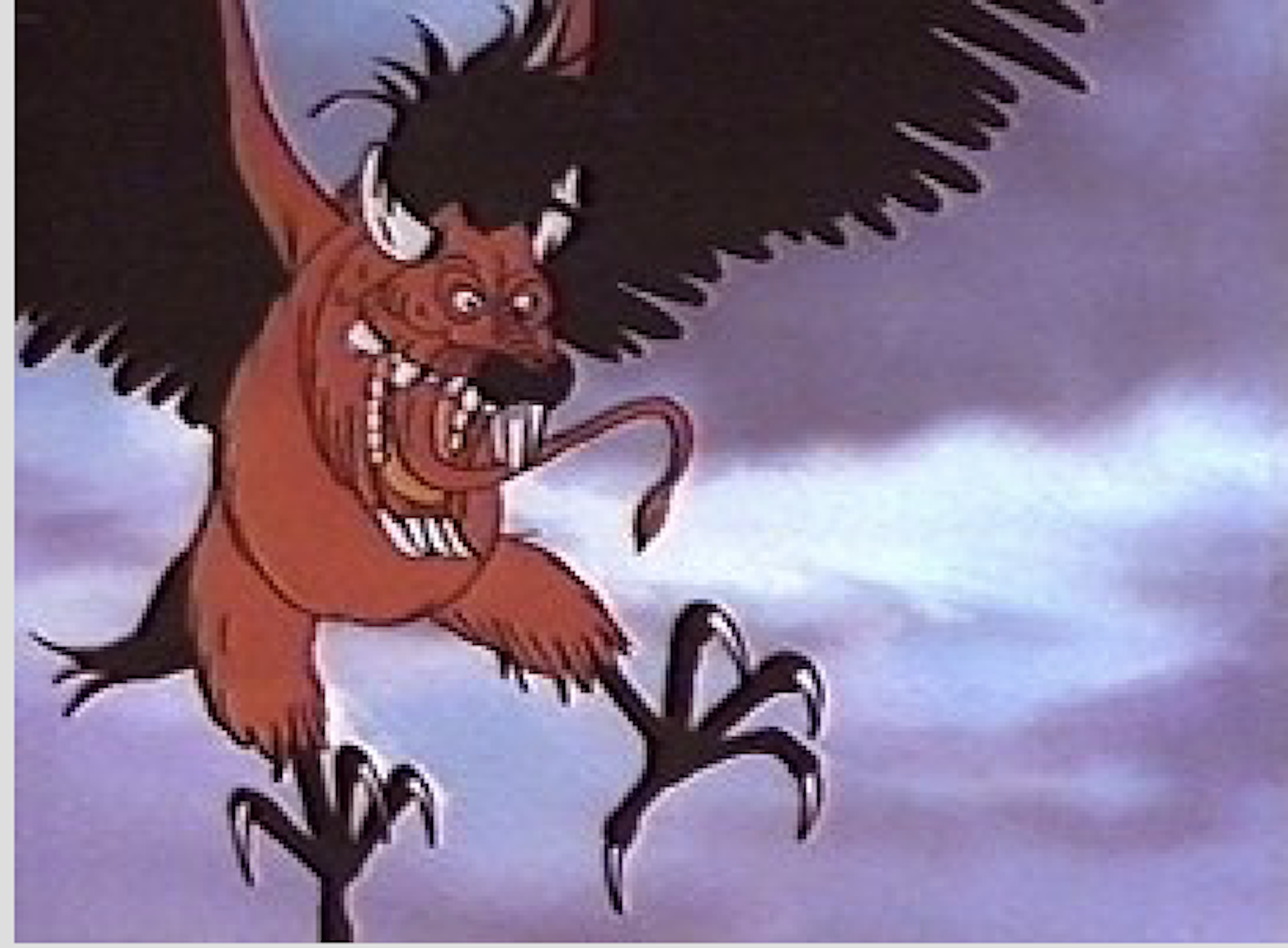 Banshee Shanna has decided that one at a time misery is too old hat and that taking her destruction national is the best way to go. Mirrors reveal their true self, but her own voice may be her undoing. It will be another 10 years before we see a banshee again. “The Scaring of the Green” follows a bog hound rising on a full moon on St. Patrick’s Day to carry off the head of the Clan O’Malley, who just happens to be the chief of police. The family was cursed in ancient times for stealing a Leprechaun’s pot of gold. Chief O’Malley shows the guys a lock of the bog hound’s hair that his grandfather had gotten. Peter called it a family hairloom.

“Sonic Youth” see a return to Banshee-ville, although this time she has a sister. The sister is a Siren. Luring people in with her voice so her wretchedly haggard banshee sister can steal their youth. The Extreme Ghostbusters actually face a leprechaun, not just the by product of one’s curses, hellbent on capturing the Sons of Erin and retrieving his stolen gold. By now, the curse has moved from the chief of police to the mayor. Honorable Mention: “When Halloween was Forever” is really all about halloween, but given the fact that Samhain hails from the Emerald Isle he should at least get a spot on the list, right?

DisHonorable Mention: “Halloween II 1/2” is the sequel. It wouldn’t be bad except it is one of those “junior ghostbusters” episodes. I hated that then, and I hate it now. There was so much “tweaking” that execs pushed through because charts and research with everyone but kids said too.

When I was first thinking about this list I was just including the cartoons, then I remembered that IDW specifically ran a “Happy HorrorDays” arc in the Ghostbusters comics. In Volume 2 number 9, which I *think* is the kickoff, the Ghostbusters meet Stingy Jack. His carved turnip lantern is ubiquitous (as a pumpkin) with Halloween, but it is another dive into Irish folklore. Jack’s carved turnip is also the face of our new old friend Samhain. Less pumpkiny, and more concerned with names. Later in Ghostbusters international, the guys again meet up with a banshee. The whole international arc is fantastic and I would love to see another one or three, bringing in folklore as it would work if it were real has always been my favorite part of storytelling. This particular setup is a bit different though, the banshee brings life  to the victim to keep them alive forever as a curse. I will add that this issue manages to make Walter Peck a sympathetic character and that the whole IDW run has managed to humanize him in a way that I really think befits the character.

Well there is a quick rundown and collection of bits and clips for a Ghostbustin’ St. Patrick’s Day. I partly wanted to put this together for my love of The Real Ghostbusters and partly for my love of myth and folklore and how it conveys messages and meanings to things humans didn’t understand. I was a kid when The Real Ghostbusters hit syndication, maybe that is partly why I am into folklore so much. I think I might be one of the only people who liked the “monster of the week” episodes of The X-Files far more than the alien conspiracy stuff.

ADDENDUM: (3.19.18) When I was putting this together I went digging around on Archive.Org’s WayBack Machine to check out the old Extreme Ghostbusters site, and ultimately didn’t link to anything since it didn’t add much to the rest of post, but after thinking about it, I want to include some of the screenshots here for posterity. There was also a specific entry in Spengler’s Spirit Guide for St. Patrick’s Day and a few paragraphs on just what leprechauns might be made of/from. Also enjoy the little slice of 1998 internet.