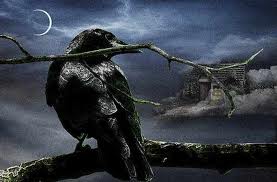 Another bird made the theatres recently.  This one may seem a bit more dark compared to the light hearted Dodo/scientist adventures; it is.  So, death by Poe story, I said when it came out that the premise was Saw for smart people.  The movie is more than that though.
Again, this movie will be overshadowed by comicdom, but it shouldn’t.  The literary connections aside, the movie is as well done a whodunit as I have seen in awhile.  The plot keeps you guessing, and characters are pretty believable.

The characters are pretty well developed, notwithstanding historical inaccuracies, but this is not a documentary.  Cusack captures the arrogance, the poverty, the brilliance, and the addiction of Poe as well as anyone probably could have.  Although the goatee, not sure.

There are many who know more about Poe than I do. A well respected literary historian airs his disagreements here.  But for the most part, the Poe that has made his way into popular culture is more Poe than Poe was. Poor Poe.

Couldn’t find a photo of my favorite scenes.  Poe with his pet raccoon.  I particularly enjoyed this piece of the film, as in addition to Poe being one of my muses, I grew up with a pet raccoon on two separate occasions, and felt a nice warm connection between myself and one of my favorite authors. The fact that he might not have had a pet raccoon does not diminish that feeling.

All in all it is a period piece and they are generally always fun.  The music was good, the costumes were great, the dialogue was very good.  Anytime someone calls out a mouth breather is a good time.  Professional historians aside, (as they tend to take themselves entirely too seriously to enjoy a film with) I think The Raven is worth a see. Probably twice.  The second time you will be trying to see if the director or actors give away anything to reveal the killer(s).  If you have read Poe, go see it for the joy(?) of his stories coming alive, plus the added bonus of getting several asides that the general public will miss.  If not, go see if for the mystery.  Don’t take your history from hollywood though. Maybe this will drive you to research the father of horror writing, and stem more than a little pride for an American author trying desperately to make a name for himself when very little of anything coming out go the United States was respected.  You may also find out why copyright laws are such a big issue these days.

There are a couple other reasons to go see this thriller.
1.) Luke Evans’ portrayal of the inspector is quite good. 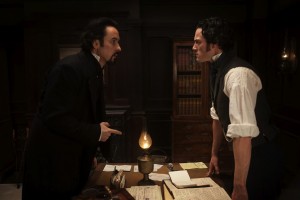 …and B.) Alice Eve is quite nice to look at. 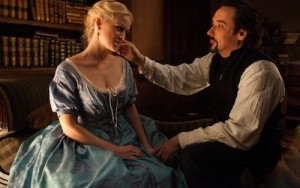 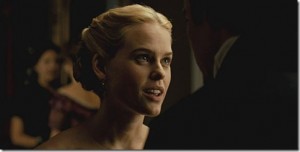 If you like a fresh look at old cliches and never take historical fiction too seriously, you should enjoy this film. However, if you see it your duty to go through life correcting everything then you will be an annoyance to anyone that takes you to see this film, and perhaps you should be stuffed into a chimney.  You probably read Longfellow too.