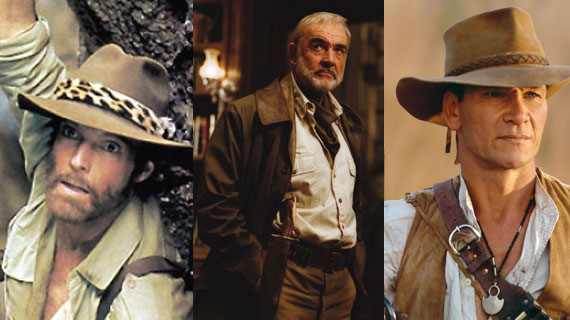 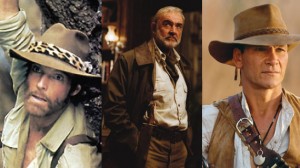 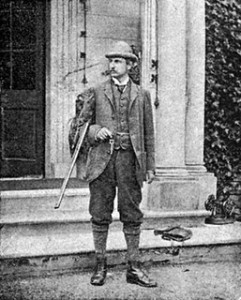 Now, I would be completely remiss if I did not include the following man of action on the list. Not all of the men behind the movie actually lived, you see. H. Rider Haggard’s pen brought to life the greatest man of adventure to ever grace a page: Allan Quatermain.  I have a complete collection of all of Haggard’s work, and I love them all, but if you are scrapped for time you may just want to devour King Solomon’s Mines, and She. Fair warning, however, you may decide to read them all.  Quatermain came on the scene in 1855 searching for King Solomon’s Mines. The book, by the same title, is commonly considered the first of the “lost world” genre of literature.  Haggard, being child 8 of 10, was sent by his father to what is now South Africa to take an unpaid assistant to the secretary for the Governor of Natal.  This was not an uncommon practice for families in England. Since only the eldest child would be the inheritor, the remaining siblings were left to their own devices, usually in one of England’s colonies. His time is Africa not only influenced his writing, but left a cause that he would champion for for many years. His work in agriculture reform is mostly overshadowed by his life as a novelist, but he worked throughout Britain’s colonies and dominions attempting to change archaic land use practices and make colonial (and sometimes native) farming, ranching, etc. more profitable. 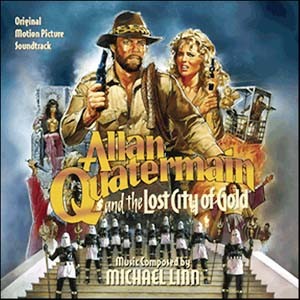 The downside to such popularity of a character that has fallen out of copywright is that he can be used in any way anyone with a camera and an idea see fit. The latest Allan Quatermain and the Temple of the Skulls, is, well, it is.  There have been popular portrayals of Quatermain, some better, some worse, some story lines have been switched, twisted, or created to work the character in. 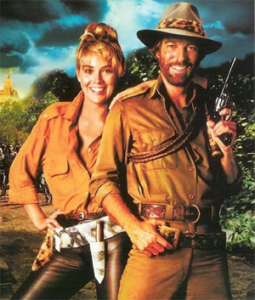 Hal Lawrence first played Allan Quatermain in the 1919 feature by the same name. Quatermain made the screen again in 1937 portrayed by Cedric Hardwicke.  Stewart Grander in 1950 and John Colicos in 1979 searched for King solomon’s Mines and King Solomon’s Treasure, respectively. In 1985 and 1986 Richard
Chamberlain offered an 80s style rebirth to the character. There was a television movie in ’86 which starred Arthur Dignam. Quatermain retired back to the books until 2004 when Sean Connery brought the character back to life in an extremely loosely based rendition of Alan Moore’s Graphic Novel The League OF Extraordinary Gentlemen.

I liked the movie based solely on this character, but seeing all the major players in all the literature I read was very exciting, only to have it spoiled by Tom Sawyer showing up. I heard that he was introduced to the film so Americans would watch it. I am not sure how tre that is, but given what is popular in theatres these days, I am not surprised. 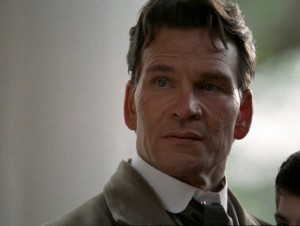 The best movie rendition of the book, although many scenes were simply made up, was the 2004 made for tv versions of King Solomon’s Mines.  Patrick Swayze played the lead in one of his last roles before his death.  The cast of characters generally fit the feel of the stories, and Allan’s aging angst.  The Temple of the Skulls is four years old now and I just found it in a 99 cent rack at the video store. I looked it up online and was not impressed, now I may change my mind when I actually get time and desire to watch it, but as it stands, not so much. 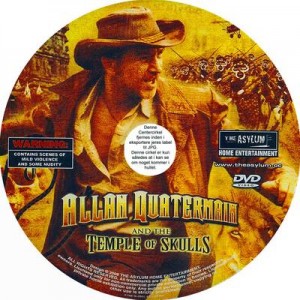 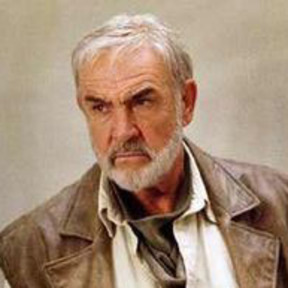 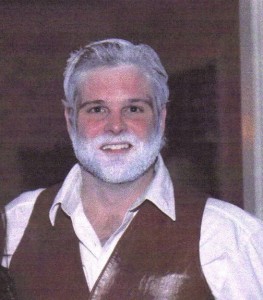 I will end it saying that I too put my foot in his boots.  I was Allan Quatermain one year for Halloween and it was great fun. More so that the party lasted late into the evening and I did not have enough time to remove all the white/grey from my beard before going to work the following morning.  If you haven’t read Haggard’s work, do yourself a favor and pick up a copy. The movies are fun, but leave a lot to be desired.  Following the stories and the number of times this book has been required reding in boy’s schools, a nightly reading with your son would most likely be an enjoyable memory for you and him.  You should read it to your daughter as well, if only to make her the coolest girl in jr. high and high school in the future. For that matter, many books have used different takes on the story, but one of my favorites is The Medusa Stone is written by Jack Dubrul. Not as much to do with an all out search for the mines as many other stories, the mines are more a character in the book, than a mere location. 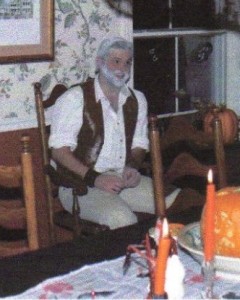 Haggard did not pull Quatermain out of the ethereal. Allan Quartermain was firmly based on a living individual who lived a life quite unpralleled by the rest of us mortals. I suppose that makes him Indiana Jones’ Grandfather, but having this man in your family tree would explain a few things. I will explain more about this man soon, his name was Frederick Courtney Selous.