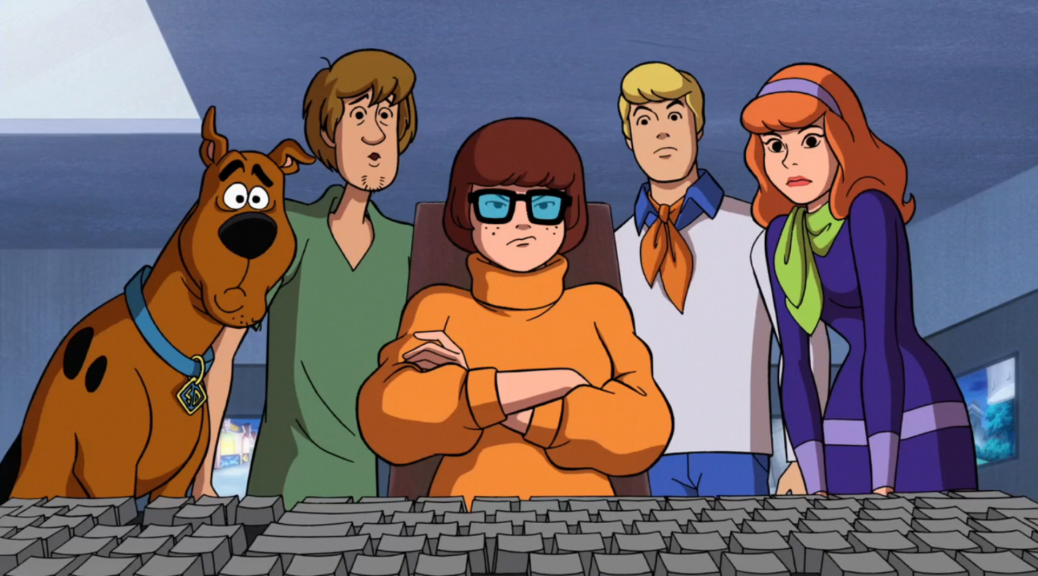 Ralph Shead was the painter and more than one link in the WPA paperwork trail throughout his tenure at the museum.  There are two of his enormous murals hanging upstairs on the Paleo floor (off public display). You may recognize the layout of the one, he copied the styles of some of the more famous Peabody productions. I particularly like the IguanoFonz.

Working through all of the old photographs of the old museum on campus  I began to see bits other artwork captured in the background such as the bottom of this mammoth mural just above the Procamelus reconstruction. This was the bottom of the painting, I had seen the corner of in the photo at the top.

A quick aside: everything but the skull here was plaster and disintegrated during a move, the skull is currently on display in the museum and it is now Aepyicamelus)

Back to the murals. Armed with bits of the scene like the one above I started trying to track down where it could be. From the available scale clues, this one is about 4×6 feet, but that is just a guess. One of the photos appears to show it as a canvas, and no where is is shown frames like the others, so it could have been rolled up and forgotten I suppose. I have had no luck tracking it down, but I did manage to find better photos of the entire thing.

While I was trying to track down the mammoth mural I found copies of two more murals that are also MIA. They appear to be the same size as the two extant murals in the Paleo hallway and if that is the case they are somewhere in the vicinity of 4×12 feet. They also show the same wooden frames on them.

Our vert paleo curator said that he thought the Carboniferous Forest one had been sent to one of the Texas Panhandle colleges years ago (before he got there). I contacted the collections managers at Texas Tech and the Panhandle Plains museum, but neither knew anything about them.

The final one is my favorite and the one I am most sad we don’t have. I would love to see it in the real in full color glory. There isn’t even a full good quality photo of the entire thing. Just the bad xerox copy, and some details. I don’t know the date on the mammoths or the carboniferous forest but in the detail of the Pliocene horses you can see a 3, so it was done in the 30s. The two extant ones were completed in 34 and 41 (the frame obscures the final digit in the dates, but this is what they appear to be), so it is likely they were all produced around the same time. The WPA receipts in the Western History Collection show paints and supplies so these are in fact WPA murals.

This is one of those times I really wish my readership was large enough to get hundreds of eyes looking for these. There may not be a living soul that knows anything about them, but there may be someone who has seen them and doesn’t know how they got there. They both appear to have been hanging somewhere above a wainscot, possibly in what was the first or second iteration of the museum. I hold out hope that they are still somewhere, and I suppose summer is the best time to go Scooby Doo-ing around the old buildings to try and find them.