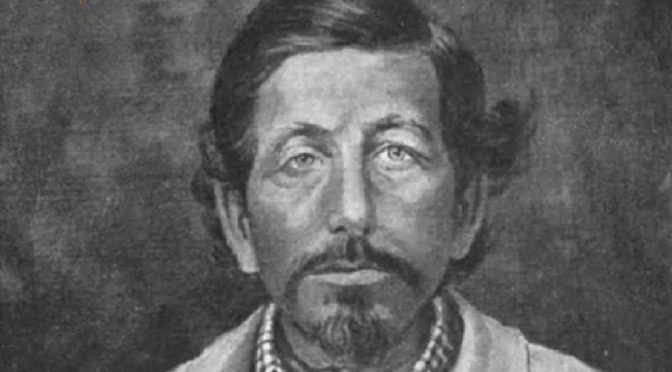 So much has been rolling along since the beginning of the year it all deserves it’s own retelling, and will likely get one after I forget what all the things were. But, this one bears a share as soon as possible so it can be added to the Shead story at large that has somehow ended up my major secondary project in life, and a very rewarding one.

Recently I met one of Ralph’s other great nephews, Jim. He is Bill and Pat’s older brother and while in visiting gave me a call to talk about my work uncovering Ralph’s past and highlighting his work. He also showed me this book:

The Chickasaw Rancher is about the life and times of Montford Johnson who was a successful rancher whose holding covered much of central Oklahoma when it was still Indian Territory. The book was written by his grandson Neil R. Johnson, but the copy Jim showed me was special, there was an inscription included dedicated to Ralph Shead:

The inscription thanks “my very dear friend” for the painting that was used in his book. Ralph had painted an oil portrait of Montford Johnson that was then used as the frontispiece opposite the title page in the first printing of The Chickasaw Rancher. Part of the image was edited and used for the original dust jacket. You can’t see a date on the printed version but Ralph’s signature is there, along with a note underneath “From an oil portrait by Ralph Shead.”

The second printing of the book doesn’t have the image or the dedication. Neil Johnson had intended to update and revise the book before his deathin 1970 and it took Neil’s grandson C. Neil Kinglsey to be the one to work on the revision and hunt down the other images, maps, and other media that Neil had wanted to use in his revision. Kingsley’s edited volume came out in 2001. The Kinglsey version is also missing the Shead portrait, but the photograph on which is was likely based is included, along with numerous new maps and other photos. Greg Burns provided the artwork for the cover of this edition.

In a fun turnabout since, the 2015 Kindle edition, published by Pickle Partners Publishing, uses the Shead image for the entire cover, and includes the original image source page.

Most recently in the world of Montford Johnson, the last of the families’ remaining land holdings went to auction in 2017. Reporter Richard Mize covered the sale before and after for NewsOk.

The final tally for the nearly 2200 acres left was valued on the open market over $10.75 million. The land had remained in Johnson family hands until the June 2017 auction.

So, now, there is nothing left to do but track down where the original painting is. My guess is that one of the family still owns it, but I haven’t been able to secure contact with them to find that out. I would love to see it and at least get a nice color photo of it to add to the ever-growing Ralph Shead catalog of art.

Speaking of that catalog of art, here, by way of a post script of sorts, is a fine place to include that I recently, through a comment and contact on this very website, purchases my very own piece of Ralph Shead Art. This beautiful landscape will soon be framed and hanging on our walls. What made this one a little more fun was that we picked it up in Stillwater and it was one of the first longer car rides for my son. So now he’s stuck with some weird connection to people he’s not related to and having their relative’s art and life as part of our world. I’m sure he’ll grow to appreciate that.

This painting looked familiar so when I dropped by the Shead’s house to meet Jim we looked at one in the back bedroom, and it is indeed the same formation, just from another angle, there are slight differences in foreground, but it is most definitely the same place.