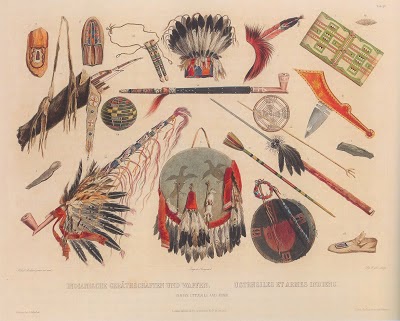 When I looked back through my posts to study for my midterm exam, I realized that I had neglected a post on Karl Bodmer and his patron Prince Maximilian. I intend to remedy that here, and give a few examples of how exacting and detailed Bodmer’s work was. If you appreciate it for no other reason, you should at least respect its authenticity.

Bodmer’s story really begins with Prince Max. A German aristocrat (his grandfather was a ruling count), he soon fell under the mentorship of Alexander von Humboldt. Following his mentor’s trailblazing adventurous style Prince Max led a scientific expedition through Brazil from 1815-1817. When Max begin his work in Brazil, Bodmer was back in Zurich at the tender age of 6.

Prince Max returned to the Western Hemisphere in 1832 where he organized a two year expedition in the Great Plains along the Missouri River. This time the young Bodmer was the official artist for the expedition and his works would accompany the official report of the expedition written by Prince Max in 1840. Prince Max’s journals have been published in their entirety–three enormous volumes–and you should definitely get your hands on them, whether borrowed or bought, they are an absolute thrill to read.

Below are a a few samples of Bodmer’s work. You can see the attention to detail especially in the collections of artifacts that he reproduced in two dimensions. Even more so when he painstakingly recreates the native artwork that was part of the skin, bowl, or quiver. 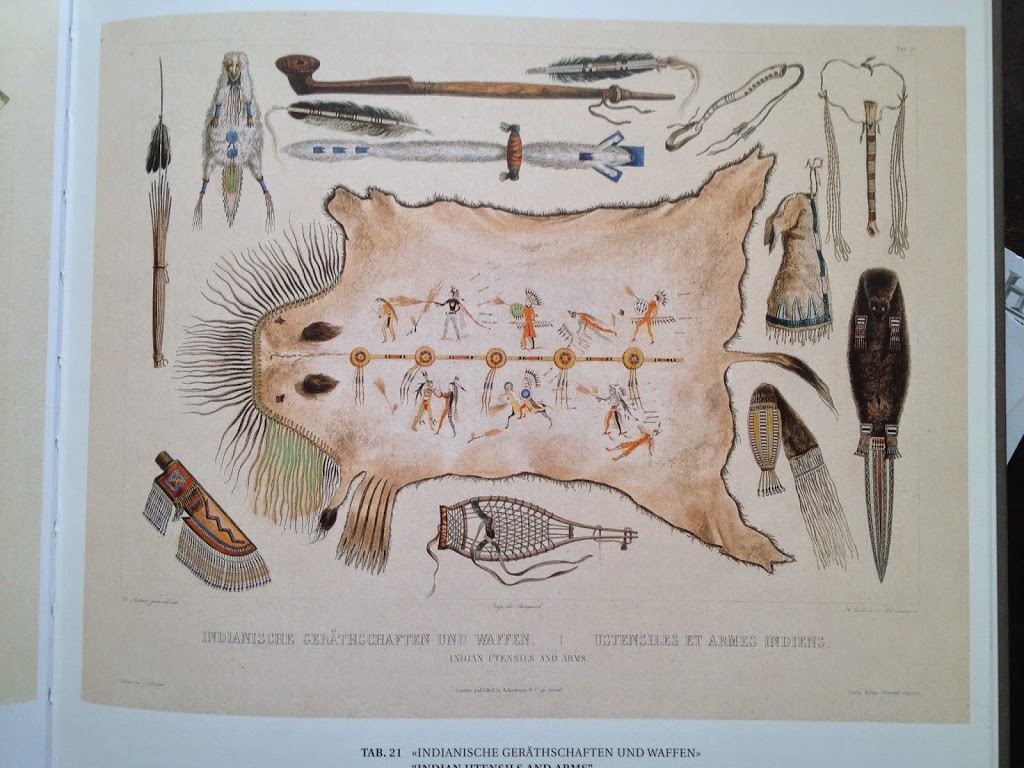 The Dog Dance is probably one of the most recognized or famous of Bodmer’s collection. It is stunning. There is a fantastic collection of Bodmer’s work that was an accompanying text for a Bodmer exhibit at the Nordamerika Native Museum Zurich back in Fall 2008. It is called Karl Bodmer A Swiss Artist in America 1809-1893. That is another one you will want to at least interlibrary loan if you get a chance, because the used copies on Amazon are $500 and the new one is listed for $1893.58. 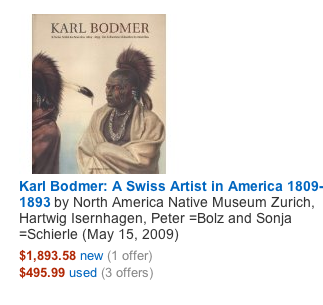 If you would like to see some Bodmer works in the flesh the largest of three known collections of Bodmer’s work lives at the Joslyn Art Museum in Omaha, Nebraska of all places. They also have the original Maximilian Journals that “are a centerpiece of the Joslyn collection, accompanied by his collection of over 350 watercolors and drawings by Karl Bodmer.“hey alYou can see more written about the Maximilian Collection by clicking here and scrolling about halfway down.
Interesting evening addendum: You find some interesting things wen you look for stuff to put into a blog post. I stumbled across this documentary created back in 2010 called Bodmer’s Journey. I have not watched it so I can’t speak to its quality. It is hosted through vimeo here for a $2.99 year long rental, or you can purchase it for $20 through Amazon. Here is the trailer:
There is also a chap that gives a presentation as though he is Bodmer himself. I have seen one of these before about John Audubon, and this one is not bad, especially for it to be filmed in shorts.