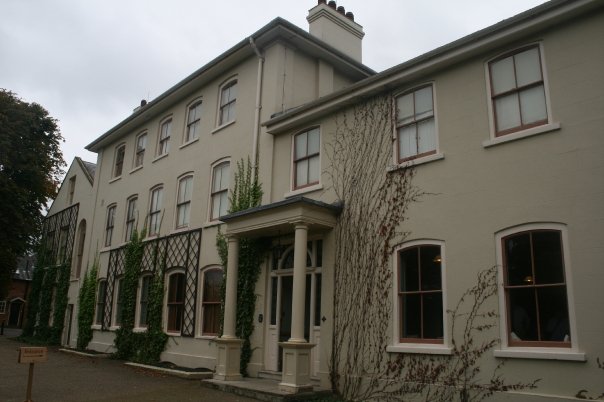 Midweek post, but I think I have a schedule and routine that will facilitate more efficient information acquisition and postings.  This is a subset under the 19th century natural history block, the next few are particular to that as well. It will be a big deal when I get to the next “question” area of study.

I have also realized that most of what I write here will make little to no sense to anyone who isn’t familiar to Darwin (or any other portion of this) in the same manner that I am, but if you are along for the ride, it is worth the price of admission.

Let’s talk about Darwin.  One of the two possible images that come to mind might be the portrait of the young man in relation to his famous voyage on the Beagle. The other, more likely image is an old bearded man in with a white beard peaking our from a black coat and hat.

Working backwards it is best to start with when the Darwinian Revolution became a thing. It wasn’t in 1859, or 1871, or even later with the worms. It wasn’t really even in the 19th century. One of those modern social construct type arguments. On that point it is poignant to ask “Was Darwin and a Darwinian?”

I’d say to a certain extent he was. But not in the case of being a Charles Darwinian. He was an Erasmus Darwinian. Charles’ grandfather and I share a birthday (and the  more I read about him, it seems a few more sensibilities). His influence on young Charles is almost always understated in such a manner as “he grandfather’s book was on their shelves…” But the elder Darwin was far more influential in Charles’ politics and freethinking than that book, or his poetry really suggest. The connections can be drawn by anyone who looks at their work as comparative literature.

I first met Darwin through his geology, and to my mind he is a geologist that made great inroads and has sense been shanghaied by biology. This, most likely, is why Sandra Herbert’s Charles Darwin, Geologist is my favorite Darwin book. Re-reading it now, with a greater understanding of British politics made it even more enlightening.

Paired with the first volume of a large biography (Voyaging) by Janet Browne reinforces the thought-path that has put me in this predicament: field work. The voyage and its meaning on Darwin and biology are still argued, lauded, cussed, and discussed but the simple matter of fact that is as important in this case as the American cases that I will cover in my dissertation is that field work is incredibly important for shaping scientific enterprise.

Knowing geologist Darwin makes Herbert’s argument incredibly obvious: Darwin travelled as a geologist so of course his discoveries should not be surprising in relation to geological thought in the 1830s/40s.  What is brilliant is reading this and then reading one of, if not the newest Darwin text to hit the press Political Descent by Piers Hale. For full disclosure at this point, Dr. Hale is on my committee and was the original point of contact when I discovered the HSCI program at OU. After visiting, meeting, and finally getting accepted into the program I moved into the American side of things from the Victorian, but he still plays a major role in the comparison work that I am doing.

That being said, Political Descent is a beast. To say it is a Darwin book is like saying The Bridges of Madison County is a Clint Eastwood film. This book is an amazing history of British socialism with Darwin in it. And why not? With all that has been done with Darwin he gives a good meter-stick to follow on either side. What is brilliant about it is that the argument is almost the same as Herbert’s replacing “geologist” with “radical whig.”  More is said about Erasmus’ influence here as well.

The best parts of the book, for me at any rate, was the reconsideration of Herbert Spencer, bringing Huxley down a peg, and my introduction to Peter Kropotkin. I was absolutely glued to the Kropotkin account from beginning to end. Mainly because it is another example of how Darwinian natural selection wasn’t the obvious choice chosen by all except the church after 1859.  One of the biggest things about Kropotkin was the impact that FIELD WORK had on his anti-malthusian version of descent with modification. Hale also brings in work on H.G. Wells and how evolutionary politics and political evolution not only show up in his works, but in most cases is the pulse of his works. Having studied under Huxley as a student, it only makes sense. The little coursework in Victorian history at Lamar turned out to be a boon to understanding the background politics in Political Descent too, and that is always a good feeling. Reading more about Gladstone and his government as Darwin (and his family) saw it, was like running into an old friend at the coffee shop, or tea house as this case might be.

Many people describe Desmond and Moore’s Darwin biography as the Darwin biography. It is exhaustive, and it is enormous, but I don’t know that there can be a the book in the collection of Darwinalia. It’s as close as any I suppose. This is not to say I didn’t enjoy it, or think it is a great insight into Darwin’s life, it is just a bit much and adds fuel to the whole Darwinian importance that is pretty much all time since the 1920s.  Thinking about it while reading Ruse’ philosophy of science (ick) book on the Darwinian revolution really throws into focus that you can fully remove Darwin from the entire equation of descent with modification. Other people could have discovered it, in fact other people did (you know, Wallace?). It is the very reasons that Herbert pointed out about the geology network and the same reasons that Hale pointed out about political networks that keep Darwin on people’s lips until his theories reached critical mass by being validated (more or less) by genetics and modern biology.

Even as people are adopting the term “Darwinian” in the late 19th century they are not all using it in the same way. Kropoptkin was very adamant about this case in regards to Huxley. I mentioned earlier about Huxley being dropped a peg, I suppose I mean humanized. Don’t get me wrong, I love Huxley and he is eminently quotable as so many of the good British speakers tend to be, but any time someone of such historical stature can be plinked, I am always for the plinking (this is probably why I read CRACKED and MAD magazine). Huxley’s work with the newly franchised working and middle classes through his public lectures have always been of interest, and his ability to use them to his own ends is remarkable. This also goes back to Lightman’s popularizers accounts (many of which were not publishing on Darwin’s particular version of natural selection during the period) when Huxley wanted to put that responsibility in the hands of the men of science themselves–especially himself. Much to his consternation he was unable to find success until he employed the same methods that he actively bitched about. To his credit he did employ those methods to great success in the end. Much could be done comparing Huxley and Darwin’s reactions after the passing of their children. It comes up in random places, but I am not aware of a side by side comparison that shows how existing personalities were solidified and enhanced in the years that followed.

What does it mean in the end? Darwin is still the greatest meter stick of natural history, politics, and even upper class education in the mid 19th century. He fits firmly into his family’s whig politics while also utilizing more than a few things he inherited *ahem* from his grandfather. He is a perfect storm of gentlemen naturalist, radical whig freethinker, and (for a time) active traveller. Many of Darwins contemporaries possessed some combination of these but few could claim all three. That is why, in the end, on the occasion of his interment at Westminster Abby the Times could, with absolute justification, quip “the abby needed Darwin more than he needed the Abby.”

There are frillions of documentaries and some films about Darwin’s life, but of all the ones I have seen (most of them) the best for my money is is first part of PBS’s 7 episode series Evolution. That episode (Darwin’s Dangerous Idea–of which (the clip above is from) is notable because the first time I saw it I thought Charles and Erasmus Darwin were played by Nathan Lane and Hank Azaria, respectively. After discovering that wasn’t they case, I still wish to make it so.

Popular Culture has taken up much of the torches that carry Darwin on as hero among heroes with no equal. One of the more ridiculous is in a series I am collecting for another project. I have mentioned Beakman’s World in a few other places regarding representation of science and–with his smokey door of history–history of science. This is one of the most unique portrayals of Darwin for at leat two reasons: 1) It is a young Darwin, and B) he has a speech impediment, now who, in all the hagiography that is Darwin Studies would stand for that? Well, “You Dar-win some and you Dar-lose Some”

Another, more recent incarnation shows the ye olde bearded Darwin taking on a David Bowie Classic Changes in Horrible Histories. This really works well to reveal just how much, and what of, Darwin has become part of popular consciousness.

Something that makes complete sense until you think about it is having Charles Darwin show up in a franchise that revolves around mutations. I don’t think that he has made an appearance in any version of the comics, but he does show up in X-men The Animated Series. Obvious tropes aside I think it is one of the better episodes as it reveals the backstory to Sinister (who, I hear will be in the newest whatever after Apocalypse X-men we get, it theoretically *should* take place in the 90s, but I digress). It’s called, what else, Descent.  Charles Xavier’s grandfather-James-was a contemporary of Charles Darwin, while Essex was working on a serum to save his wife–the daughter of Lord Grey, among some mutant experiments, most of which are pulled off the streets in London running from mobs calling them demons. The Irish surnames add another layer to it all.

Ruse, Michael. The Darwinian Revolution: Science Red in Tooth and Claw. U of Chicago Pr, 1999.