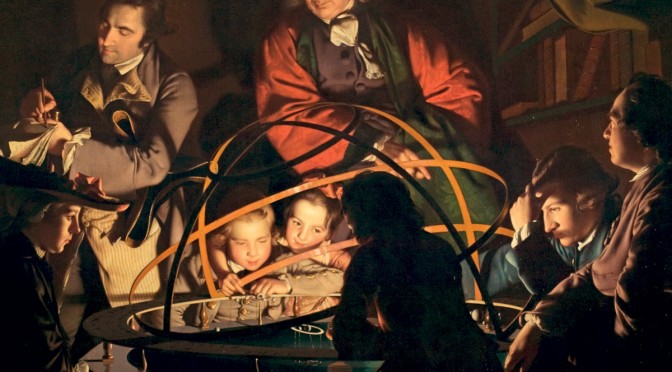 As a trudge steadily onward towards the completion of a PhD, and comprehensive exams in a few months I will be topping off my reading with some curated history of biology-esque works that will provide a bit or mortar to hold my foray into field science post Darwin to the premodern foundations and their recourse of shaking off the prefix. The first in (what I hope to be) a long line of reviews, overviews, notes, and general idiosyncratic fancies (more for myself to study for comps than anything) is Richard Holmes’ 2012 book The Age of Wonder.

This book is absolutely marvelous and should be read by anyone proclaiming to have an interest in the enlightenment and/or the history of science. While each chapter focuses on a particular “scientist” there is a common thread in the form of Joseph Banks that weaves the accounts together. In film there is the phenomena of the “Kevin Bacon Number” regarding how many steps it takes to trace any actor through a series of relationships back to Kevin Bacon. Within this book, and well within the Royal Society (and beyond) the equivalent would be a Joseph Banks Number. There will be more on Banks much later when I read his biography).

The Age of Wonder that Holmes explores is that beautiful and sublime (in the original sense of the word) period in which science, literature, and art were at their most inseparable, volatile, and sometimes desperate: The Romantic Period. Romantic Science to Holmes runs specifically between the beginning of Cook’s (and Banks’) Endeavor voyage to mark the transect of Venus across the sun from Tahiti to the beginning (or end, rather) of FitzRoy and Darwin’s world cruise with the HMS Beagle. With those bookends in mind Holmes deftly runs through biography, politics, art, and literature to offer one of the more complete pictures of the period, and some of the most famous names that ever graced the Royal Society’s attendance sheets. There are numerous images of the people and some of the events. The first image is The Orrery by Joseph Wright of Derby. While this is the only one of Wright’s paintings included, I have decided to used three of his here because I think that they go far to capture the mixture of all that was Romantic science. (that it quite different from “science of the Romantic period, you see?)

At its heart, and one of the reasons it will forever be close to mine, is that it revolves around field observations, either by exploring geographically, cosmically, or laboratorally. It is about science as a verb, not a passive noun. It is about the elite men of means who can afford leisure collecting trips–both for knowledge and for specimens–and it is about the brilliant minds from the working class that broke into a new kind of social mobility. Without forcing it Holmes is able to talk about class and even gender. Race, as part of this new holy trinity of writing that seems to steer many authors to the breakers of what is in vogue, isn’t absent from Holmes’ work, but it is not treated as a check box that must be included for his work to pass the tangential trifecta. It appears where necessary and in relation to each of his subjects’ position, field, and/or temperament.

Holmes captures the wonder of the age. The fear of the unknown, the filling in of the map of Africa by early explorers such as Mungo Park who unfortunately was one of a long line of explorers that disappeared into the blank spaces between the known.  Two generations of Herschels draw back the curtain of night and expand the understanding of the sky and the beyond. Humphry Davy is n there twice (he would be pleased). Once for his work on the inhalation of gas, and the other for his work on a safety lamp for the mining industry. Practical and theoretical science are always in play in each of these chapters more of less without Holmes needing to create the dichotomy. One of my favorite quotes is from Banks’ diary: “March 1769; It is however some pleasure to be able to disprove that which does not exist but on the opinions of Theoretical writers, of which sort most are who have wrote anything about these seas without themselves been in them.” (11).  “Go and see” became the maxim that replaced “sit, think, discourse.”

The practical becomes commercial, and no less political when the Balloonist start to break the chains of gravity in the 1780s. Davy’s mining lamp made the leap to industrial benefit as well, but with much less spectacle than the aeronauts crossing the English Channel, swooping down on fields, and creating all manner of mischief. True to the gothic nature of the period this chapter has the most death in it. That is to to say it has the most descriptive death accounts, the numbers were higher in Mungo Park’s expedition and the terrible disease that wreaked havoc on Cook and Banks’ return voyage through the West Indies accounted for my bodies. (Here I will note, as Banks did, that it was the West Indies not the Pacific that had given the expedition its hardest health blow).

Mary Shelley’s modern Prometheus has a stand alone chapter for category’s sake. The literary troupe that she was a large part of feature fairly prominently throughout the other chapters as well, but this one focuses on the “wonder” of science from the opposite direction. This view sews up Holmes path from the awesome to the awful. The warning that it became to science run amok with stage and screen completely removing the greater commentary on people such as Victor Frankenstein and those from who he was modeled.

The final chapters deal with a changing of the guard (to coin a phrase) by all accounts, figurative, literal, and political.  The importance of science to the Royal Society’s “Young Turks” becomes a sticking point, a rallying cry, and a thorn in a side depending on one’s position.  The professionalization of scientific disciplines and the broader draw of smaller (more inclusive) societies began to pull membership and interest away from the stuffy, snobbish, and decidedly Edwardian Royal Society. Members wanted to do more and eat less–the “feast of philosophy” debate. Royal Society funding was capricious and subsequent presidents more so. Individuals and like minded partners moved to open the path for a more democratic (from their perspective) means of maintaining science.  In effect it was more Babbage than John Herschel who led the charge as John had to operate under the elder Herschel’s shadow and legacy. As the quiet, hard-working Michael Faraday eclipsed Davy as the conduit of science to the masses the full takeover was nearly complete.

As we struggle with definitions and control over content and access in this ever-growing digital age, there are many parallels to this push out from the umbrella of one central hub of knowledge (The Royal Society) to forms more readily accessed at the working levels of the respected disciplines. The speed at which these changes happened were reflected in literature and art. (think Turner’s steamboat, and then his delving into pure color and movement).The internet is nearly available to all and places like Davies back country Cornwall aren’t quite so behind. Is this emerging branch of digital humanities a continuation of the great democratization of science [or information]? Who will be the next Babbage to vehemently rail against the Davys shaking their fist at those who try to upend the system that created their celebrity (and fostered their genius)? These are the more broad questions this historical perspective raises.

A note on Style: What Holmes does in this book and how it is formulated and presented to the public is something that historians of any ilk would do well to emulate. It is biography, but it is not just biography. The buzzword issues of the generation are there when they appear historically, not forced in because it was happening at the same time 4000 miles elsewhere. I have gone back and forth on including this book’s epilogue and I have decided that it might behoove us all if I do, at least it part:

“…But science is now also continually reshaping its history retrospectively. It is starting to look back and rediscover its beginnings, its earlier traditions and triumphs; but also its debates, its uncertainties and its errors. No general science history would now be considered complete without a sense of the science achieved centuries ago by the Greeks, the Arabs, the Chinese, the Babylonians. [he lists the beginning of History of Science departments around the world]…Similarly it seems to me imposible to understand fully the comtemporary debates about the environment, or climate change, or genetic engineering, or alternative medicine, or extraterrestrial life, or the nature of consciousness, or even the existence of God, without knowing how these arose from the hopes and anxieties of the Romantic generation. But perhaps most important, right now, is a changing appreciation of how scientists themselves fit into society as a whole, and the nature of the particular creativity they bring to it. We need to consider how they are increasingly vital to any culture of progressive knowledge, to the education of the young (and not so young), and to our understanding of the planet and its future. For this, I believe science needs to be presented and explored in a new way. We need not only a new history of science, but a more enlarged and imaginative biographical writing about individual scientists. Here the perennially cited difficulties with teh ‘two cultures’ and specifically with mathematics, can no longer be accepted as a valid limitation. We need to understand how science is actually made; how scientists themselves think and feel and speculate. We need to explore what makes scientists creative, as well as poets or painters, or musicians.. That is how this book began. The old, rigid debates abd boundaries–science versus religion, science versus the arts, science versus traditional ethics–are no longer enough. We should be impatient with them. We need a wider, more generous more imaginative perspective. Above all, perhaps, we need that three things that a scientific culture can sustain: the sense of individual wonder, the power of hope, and the vivid but questing belief in a future for the globe. And that is how this book might possibly end.” (468-469)