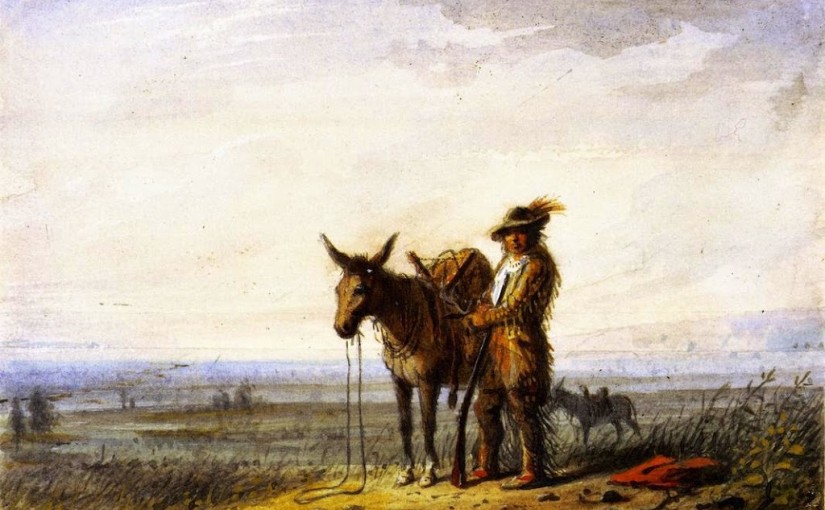 If you are ever presented with a painting featuring some buckskin clad fur trappers in one or more familiar romantic composition, serve up a guess that it was painted by Alfred Jacob Miller and you will be correct more often than not. In fact, Miller was the only painter of his generation to paint the fur trade, so if you know that the painting in question was created in the early 19th century, you would be right 99.99% of the time.

The real fun (at least for me) comes with Miller’s artist renderings of the hunting and traveling experiences of his patron William Drummond Stewart. The 2nd born to scottich nobility came west to lead the adventurers life and kill everything that moved. He had met Prince Max and Karl Bodmer some years before and may have gotten the idea of hiring an artist accompanist from Max’s scientific expedition. Bodmer was there to document the science of Prince Max’s expedition while Miller was on hand to document the sport of Stewart’s and the last of the largest gathering of traders in the United States. Stewart had friends all over the continent and entertained many, including high ranking Native Americans in a large striped tent complete with Persian rugs.